If you’re seeking the adventure of a lifetime but aren’t up for joining the Army, you might want to look into the opportunities provided by UCDC. Whether you’re a student or a faculty member, the University of California’s center in Washington, D.C., is a fantastic place to spend time.

After hearing about the program from a colleague and receiving an email seeking faculty to teach electives in the 2015-16 school year, I applied and was accepted to teach a course I created, D.C. on Film, for the spring quarter of 2016.

Students attending UCDC come from all of the UC campuses; they live and take classes in the nation’s capital, many for one quarter, some for the full academic year. In addition to the core faculty at the Washington facility, rotating UC professors are enlisted to cover additional seminars and workshops.

My wife and I packed our bags — trying desperately to guess what we’d need for 11 East Coast weeks that traversed winter, spring, and the start of summer — and set off for our new home.

Housed in a one-bedroom apartment on the top floor of the UCDC building, we were instantly enthralled by all the city has to offer. Riding in from Dulles airport, we passed the Kennedy Center, the Washington Monument, the Lincoln Memorial. That very first chilly mid- March night, we walked six blocks and found ourselves standing in front of the floodlit White House.

“Hey,” I shouted to no one in particular, “Can Barry come out and play?”

My class was one evening a week, from 6:30 to 9:30 in a classroom down the hall from our apartment. I didn’t even have to get in an elevator to teach! Since the students take on government-related internships during their time in the program, many of the seminars are in the evening so they don’t conflict with work schedules. That meant most days we were free to explore the incredibly exhilarating and illuminating city. We got to investigate every corner of the endless museums, galleries, and renowned locations that were no longer just pictures in a history book.

We spent two full days at the Newseum, studying the history of print and TV journalism in our country. We made four separate visits to the National Portrait Gallery. We had a photo op with Sen. Barbara Boxer, and spent three hours sitting in the Senate gallery watching them conduct the mundane business of nation running.

“Look, there’s Harry Reid! Oh wait, Dianne Feinstein just came in, set her purse down and walked out again. Where’s she going? I hope no one rips her off.”

On another day, we got an intimidating tour of the Pentagon. Who knew there’s an entire mall inside the Pentagon but none of the shops have names? Just “Clothes,” “Eyeglasses,” “Donuts.” Employees at the in-house Starbucks aren’t allowed to write names on the cups — you never know whose cover you might blow!

We cried in Arlington Cemetery, stood at the graves of so many soldiers and looked back at the view of Washington that inspired President Kennedy to say, “I could stay here forever,” at the site his widow later chose for his final resting place. We visited Ford’s Theatre, trying to wrap our heads around the fact that we were gazing at the actual bunting-draped box where Abraham Lincoln sat the night he was assassinated.

I’m fortunate enough to have a childhood buddy who is a political reporter at The Washington Post. When I spoke to him about my class and the films we’d be screening, he offered to have me bring my class to his newspaper so we could screen “All the President’s Men” right there where so much of the film’s action (and the true events it was based on) took place. The day of our scheduled visit, my pal called with one more surprise: “Bob Woodward is going to stop by. Get here on time.”

The reporter who was instrumental in bringing down Richard Nixon’s entire administration sat with my students, my wife, me, and fellow UC Riverside Professor Margaret Nash; he spoke to us about the legacy of Watergate for 40 glorious minutes. He was candid, open, and clearly still deeply hurt by his discovery that the man holding the nation’s highest office conspired to undermine all of the trust our country had placed in him. It was an incredible highlight of the experience at UCDC.

Walking back to our apartment that night, my wife said, “This whole experience has been like attending fun school!” And she was right. UCDC is an incredible opportunity for students and faculty members to gain invaluable new insights and hands-on experiences to further their understanding of how our government works and why it’s incumbent upon all of us to be involved and informed.

Stu Krieger is a professor in the UC Riverside Department of Theatre, Film, and Digital Production, teaching screenwriting and television writing workshops. His first novel, “That One Cigarette,” will be published in 2017. 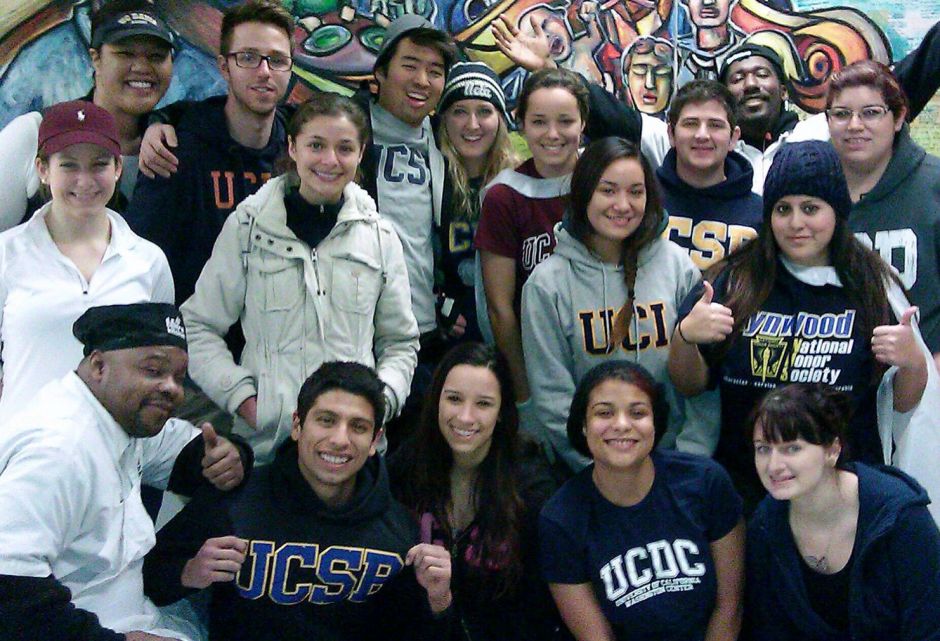 The UCDC Program offers qualified undergraduate students an opportunity to combine course work, field research, and professional experience during a residence in our nation’s capital. They can study and participate in federal government, advocacy, international organizations, media, science policy, and arts internships. All courses are designed to take advantage of the many unique opportunities while living with 250 students from nine other University of California campuses in the heart of Washington, D.C.

Required seminars are taught usually by full-time UCDC associate academic directors and yearlong visiting UC faculty. Electives are taught largely by instructors who are local experts in their fields and by UC faculty members visiting for a single quarter or semester. Applicants must be active, tenured University of California faculty members.